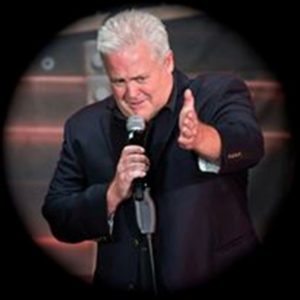 Actor Transformation ~ How Did You Get Into Comedy?

Mike Pace ~ I got into comedy as more of a dare then anything else. I had been to the Comedy Store in Downtown Denver and checked out some shows. I was bartending and working with special kids during the day.  I went to an improv class and they asked me to join the group called Chicken Lips.  I did some shows with them and I think they gave me $24 and I was stoked.  I went back to my bartending job the next day. My boss had come to see the show and fired me and said that I should learn how to make a living doing comedy.  I still don’t know whether to kiss the guy or hunt him down and kill him.  Comedy is like a life form that breathes in the corner of your mind and never let’s you alone ever again. It’s the loneliest job you will ever do in front of hundreds of people a night. It is cunning and baffling – like alcohol – the guy on the scotch bottle will forever be winking at you.

AT ~  Comics often make smooth transitions into the world of Television and film.  Why do you think that is?  Is it because comics are so skilled at thinking on their feet?

MP ~ Well I think comedians are the best actors -bar none.  They draw off a very vulnerable side of themselves and exploit in on a nightly basis.  Every night is like a character study and discovering a side of yourself that wasn’t there before.  I think the important thing is not to listen to the audience.  Like a bag lady- you need to get the voices out of your head.  I think all the great actors teeter on the line between homicide and suicide and laughter and rage sanity and insanity. It’s really a honest inventory of yourself. You must know your strengths and weaknesses and draw from them.

AT ~  Performing comedy for a living, being on the road, is said to be a tough life.  Is that just the nature of the business?   And who are your mentors?

MP ~  Well dying seems to take a lot of my mentors and peers, especially lately. The adoration of a great show dissolves slowly into a lonely night of doubt. I think to live and persevere takes far more courage. I look at George Burns and George Carlin and Jerry Lewis just turned 90. Richard Pryor and his tragic childhood and later in life it seems to be inescapable. These things we suppress to survive. Johnny Carson was my favorite. The epitome of cool. But still another sort of tortured reclusive soul. Lenny Bruce and Bill Hicks and Sam Kinison and recently Mitch Hedburg and Richard Jeni and Drake Sather and well… the list goes on and on doesn’t it. Comedy is as hard as you make it. You either got it or you don’t. That’s the hardest part- figuring out if you got it or you don’t. It’s something that you do not want to have taken away.

AT ~ In for addition to acting, you also have been a writer, producer, & director.  Can you speak a bit about your projects and what attracts you to that side of the biz?

MP ~ I love every aspect of all of it.  I love the way the project takes you away from your original idea and becomes this other thing and it is quite surprising. I think I love honesty and when I see it and create it and I am apart of that moment…It’s fascinating. When I see it in a movie. I will watch it and savor it over and over again.  I’ve seen it up close and personal and it is the most exhilarating thing EVER.  I think there were some very real honest moments in my film TRAXX.  And I thank you for that.  As far as filmmaking goes… I love the immediacy of making people laugh.  I love the confrontation. It’s like boxing. It’s honest.

AT ~ What has been your favorite project that you have worked on so far, and what’s next for you?

MP ~ My favorite thing to do is to entertain the troops in war zones. I was watching White Christmas this year and it dawned on me that it was a movie about the USO in a way. I watched Bob Hope go over to Vietnam as a kid and that had a huge impact on me. I got to talk to Robin Williams about it a few weeks before he took his life and he said the same thing. There’s another one. My next project is going to be with some of the same people I have worked with in the past. I think people are far more interesting after life has kicked the shit out of them a bit. Don’t you?

AT ~  Absolutely!  Actors with life experience create the most compelling characters by far!

AT ~  Thank YOU!  And thank for sharing your time with our readers.