“Actor Spotlight” Interview Series asks actors in our Actor Transformation Family five quick  questions about themselves and their careers.  Enjoy! 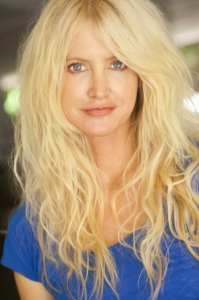 Tell us about the film that you produced and starred in, “Dream Girl”.

Well, I finally decided that I was ready to create my own work, and although challenging, it was extremely empowering. “Dream Girl” is a romantic comedy short about a girl who finds herself competing against her boyfriend’s unrealistic expectations of his “ideal woman”. It’s silly and lighthearted while poking some fun at the pressure for women to be “perfect”. It was so great to be involved from start to finish with a project and seeing it come to fruition. It also already screened at its first film festival and we are looking forward to more soon.

What projects have you worked on recently?

I shot a film called No Match 57221 and a wonderful Christian film, Shemita. Both projects were screened at film festivals, which was great. I also worked on projects, Crazy Train, Harry Penn, and Unlocked Doors where I got to play very different characters. And just this past month I had a blast playing roles in the halloween music videos, The Headless Horseman and Monster House (Plus the behind-the-scenes video) for my good friend, singer/songwriter Fawn’s new halloween album.

Who do people say you remind them of?

Ever since I was 18 I’ve heard about how much I resemble Goldie Hawn. I have actually always loved her, especially in Private Benjamin. Even seeing it as a kid, I remember thinking how cool it was that in the end she chose her career over her overbearing husband, yes I love strong independent women! I never really thought that I looked like her all that much, but apparently people think I must since I hear it everyday…now the goal is to create a career like hers…I’m working on it!

What keeps you motivated?

Hmmm… a few things.  Probably first and foremost is my love for the craft. I love how movies make me feel and there are so many brilliant performances that move me, and I want to make people feel the same through my work. Also, I am very passionate about bringing more family friendly content to film and tv. The media has a very strong influence on our culture, so I believe it’s important to create work that has a more positive impact and sends a more positive, uplifting message.

How do you want your career to be remembered?

I would like to be remembered for playing at least a small part in bringing a bit of joy and inspiration to audiences through my work. I also want to be influential in creating more opportunities for women in the film/tv industry and to be known for playing strong, independent characters.

To find out more about Christine: